Why You Should Keep a Blademedic in Your Tackle Box

Over 4th of July week, my family went camping with friends and cousins. On one afternoon, the family said, let’s go fishing for trout on the stream nearby. I had brought the fishing gear for everyone and most of the cousins had either never been fishing or haven’t been fishing since they were kids.

I told them we could go. Fishing in the hot afternoon typically isn’t the best time to catch fish but I said let’s go, hike, see some great scenery and do some fishing.

After just a few casts, a fish was on the hook followed by another one and then another one. Catching fish was so consistent that I quit fishing right away, as I had to take the fish off the lures, and became a guide. The end result was we caught 26 trout and now I had to clean them, so we could have a very nice fish dinner for the entire camp.

As I was cleaning the fish, my knife became very dull around the 5th fish and needed sharpening. I looked through my tackle box hoping I had put one of my sharpeners in the box. I did! It was the Lansky Blademedic. It worked perfect in keeping my knife sharp. It is so easy to use and what I like is the size and the amount options the Blademedic has. The cleaning was a success, everyone had a great time and dinner was awesome. Carry a Blademedic at all times! 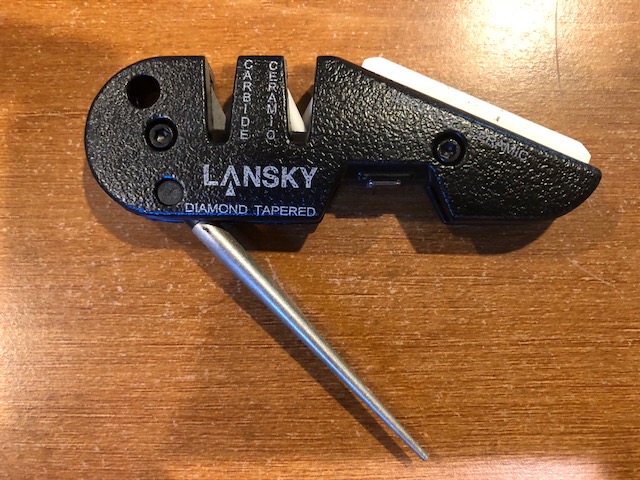