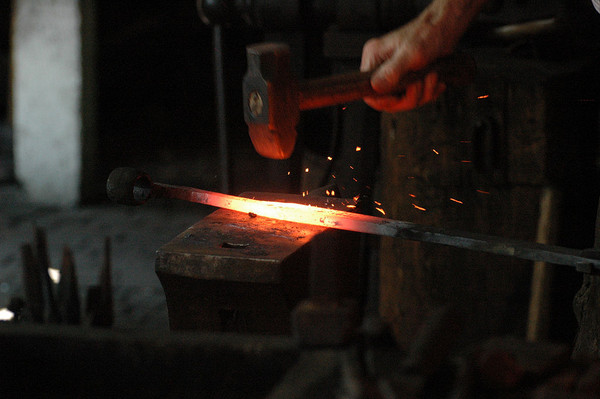 Steel glorious steel! In my last blog post The Secrets of Steel, we learned a little bit about steel and the various properties that are great for making knife blades and for creating a great edge. Now it’s time to expand our basic knowledge of steel and learn about the two basic classes of knife steel; High Carbon Steel and Stainless Steel.

The big difference between High Carbon Steel and Stainless Steel comes down to the chromium content. Stainless Steel is loosely defined as a type of steel that has over 13% chromium.  Chromium adds wear resistance, hardness and more importantly, corrosion resistance.  That means that high chromium content in steel make the steel more resistant to oxidation (rusting). That’s fantastic right? Well, like everything in life it’s a give and take. High chromium content reduces the steel’s toughness and makes it likely to break under pressure.  This can be offset by adding nickel into the mix, which will help increase toughness, harden-ability and even wear resistance.  Even after offsetting the chromium content, Stainless Steel does not produce a very tough, sharp edge compared to High Carbon Steel but will produce a serviceable blade and edge for everyday purposes.

Now, I’ll say High Carbon Steel is my personal preference. High Carbon Steel rusts easily but I don’t mind putting some extra care into my tools and knives. I absolutely love putting an edge on a blade that’s sharp enough to shave with. But, the big reason I tend to lean towards carbon steel blades is the temper. Temper or Tempering, is the last part of the heat treating process for a blade, and is done after the blade is fully profiled and quenched (when the blade is in its hardest state). Tempering is used to increase or decrease a blade’s hardness and flexibility to produce qualities that the knife maker desires. (Tempering is complicated and the scope of techniques, myths and rules are bit too much for this one post.) Now all knife blades have a temper but most High Carbon Steel blades can have a variable (differential) temper. Variable Tempering is the process of tempering different parts of the blade for desirable qualities (a blade with a very hard edge (sharp) but its’ cheeks and spine are softer and more flexible). For example, a filet knife needs to be flexible and sharp. A knife maker would temper the spine and cheek at a high temperature to let the blade be very flexible without breaking, but he would temper the edge at a very low temp to keep the edge hard. A harder and more brittle edge will generally retain an edge better and will be much sharper than a softer edge. Then again, there is a give and take; a harder edge will often be very wear resistant and harder to sharpen.

Now there are plenty of High Carbon Steels used for knife blades on the market today. Some are better than others, but really it comes down a balance of qualities and preference. 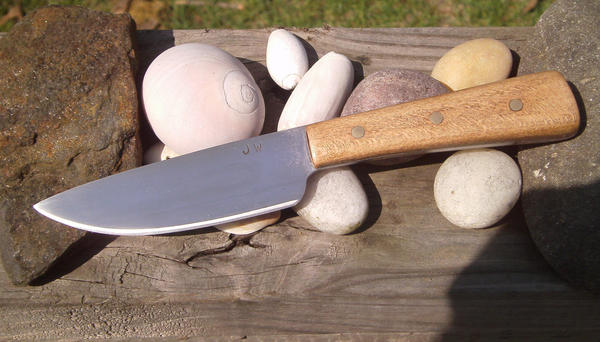 I don't know how to describe the folnowilg correctly. I hopy you understand what I mean.I always wondered. Some people like you "push" the blade down the steel - e.g. in the direction the blade shows. It somehow feels more logical to pull the knife though., since I want to straighten it.Is their a "correct" way?

Dwi, Knife sharpening is somewhat of an art-form. With any art-form, there's a big window of opportunity for creativity. So as long as you get the knife sharp, it doesn't matter how you got there. Speaking technically, yes, you will get a finer edge (slightly) if the sharpening movement is done against the cutting edge (the same direction as if you were cutting something). I hope this helps!

I've noticed that some of the vintage straight razor steels undergo some sort of transformation, whether the edge is resetting to a default or something else is going on, especially after honing. When I hone a straight razor, I sharpen it to 30,000 grit and strop it using 220,000 diamond paste. Most edges hold up exceedingly well, no problems. But some less expensive vintage razor undergo a transformation whereby the edge grows and the hone has changed. Is this just in my mind or is there a scientific explanation? My understanding is that some of these blades use poorer quality steel, they tend not to rust easily but are not stainless.
So what's going on? I have an understanding of hardness and toughness trade offs so you can give it to me straight. Their individual formulas are lost to posterity.